D We are detectives!

Yesterday something crazy happened. I, Detective Ready am going to reveal the evidence that has been found so far- but could we be too late? The egg could have been stolen back because we did see a beautiful yellow thing. Then we came back today and there was no sign of the yellow piece. We could be too late for Jack! 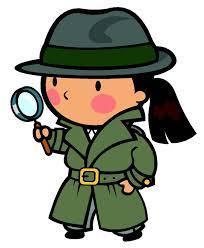 Yesterday something as mystical as magic happened and it all started when Mrs Ellis was doing an assembly about 'Read For My School' when suddenly a delivery arrived for Mrs Ellis but we all saw it was an envelope as immense as a smart board in our school. As the evidence shows- Jack was keeping a secretive secret from us. People think the Giant is the villian but really Jack is the one that stole! Could this all be a trick? The investigation continues...