Pirate Pete asked us to make rafts that could float in the water.
He sent us golden coins to see how many coins the rafts could hold before they sank.
The coins were very heavy as they were made out of chocolate!
We found out that the rafts could hold 2 coins before sinking. 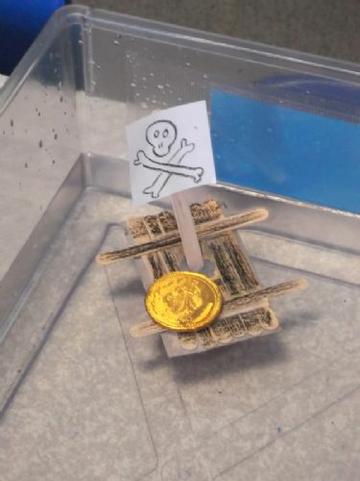